We accomplished the second leg of Primo's college installation on Saturday. Considering the first trip consisted of a bare minimum of possessions... 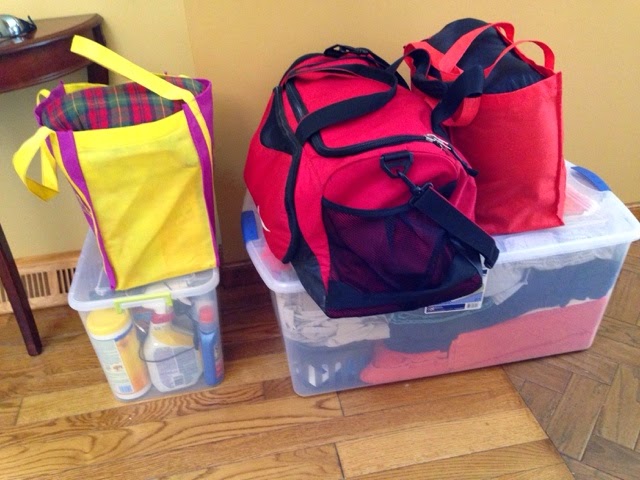 The second trip required a bit more stuff, plus his bike. Thank goodness he is so close because we have one more trip to make. 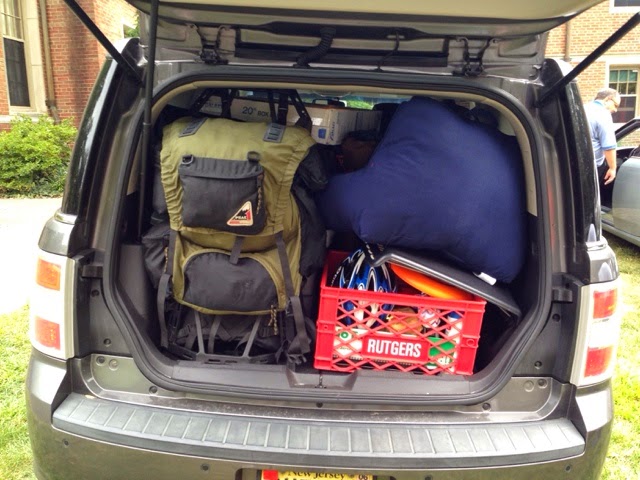 The Rutgers crate is a vintage family heirloom from my first year. Hopefully it won't be spray painted Princeton orange at some point during his time there.
It does finally feel like he is gone, especially because I won't be able to make the third trip this weekend. When I had the prospect of seeing him in a week, he didn't seem that far away. Now I don't know the next time I'll be seeing him, his departure feels a bit more permanent.
I'll be at the NJ Sheep and Wool Festival this weekend instead, so I have been dyeing up a storm in the turkey roaster. 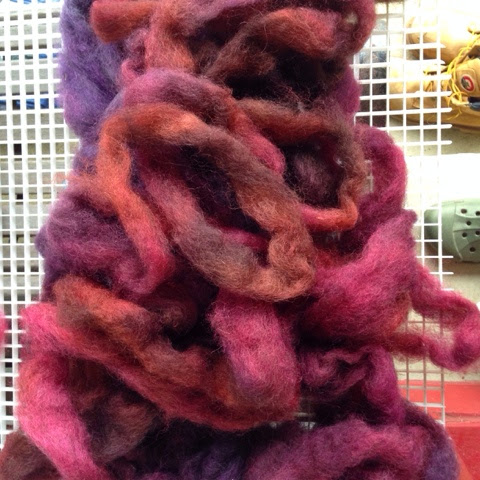 This was one of my favorites... 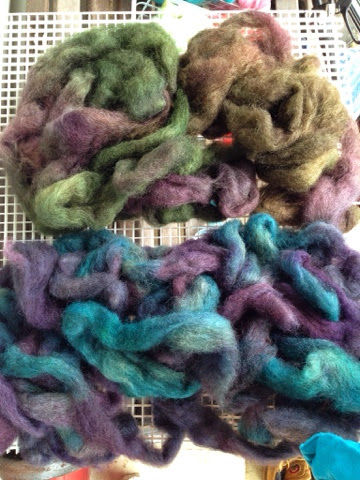 Until I dyed these two. I'm going to have to force myself to leave the turkey roaster alone and get some other items ready to sell but it's going to be tough.
Posted by Kris at 9:25 PM