No inaugural "Six Ways to Short Row" class today. Given the forecast for snow arriving early afternoon, the shop owner and I made the call yesterday to postpone for two weeks. Thank goodness.

No Primo driving a carfull of teammates to a charity event tonight. He came home yesterday to pick up his car, and his father and I watched the developing snow with increasing dismay. His common sense prevailed. Thank goodness.

Which, once we did a first pass on plowing the driveway, left playing around with the new 100mm lens while the boys played around in the snow. 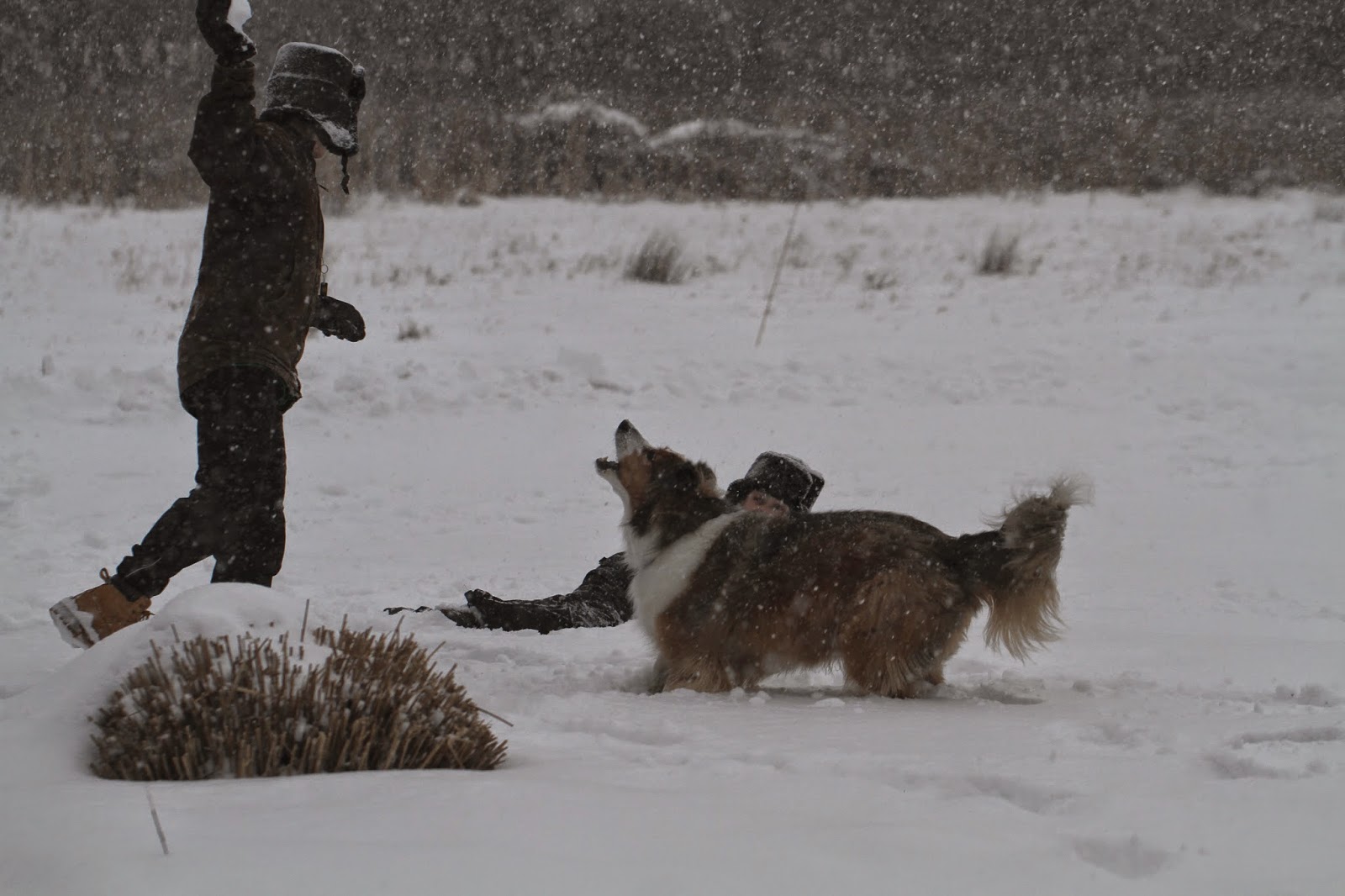 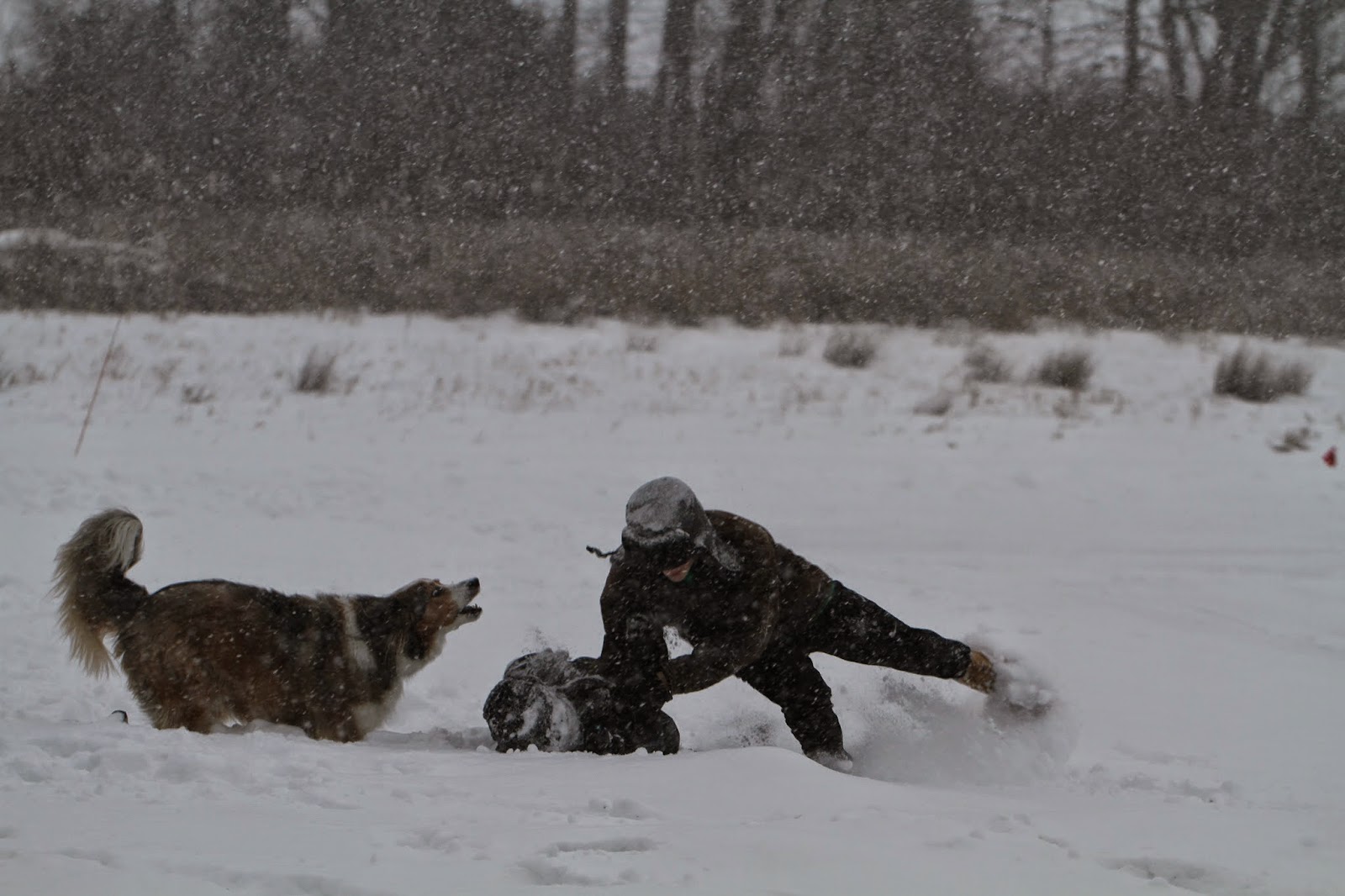 I have no idea why Secondo is terrorizing Terzo in all of these photos. 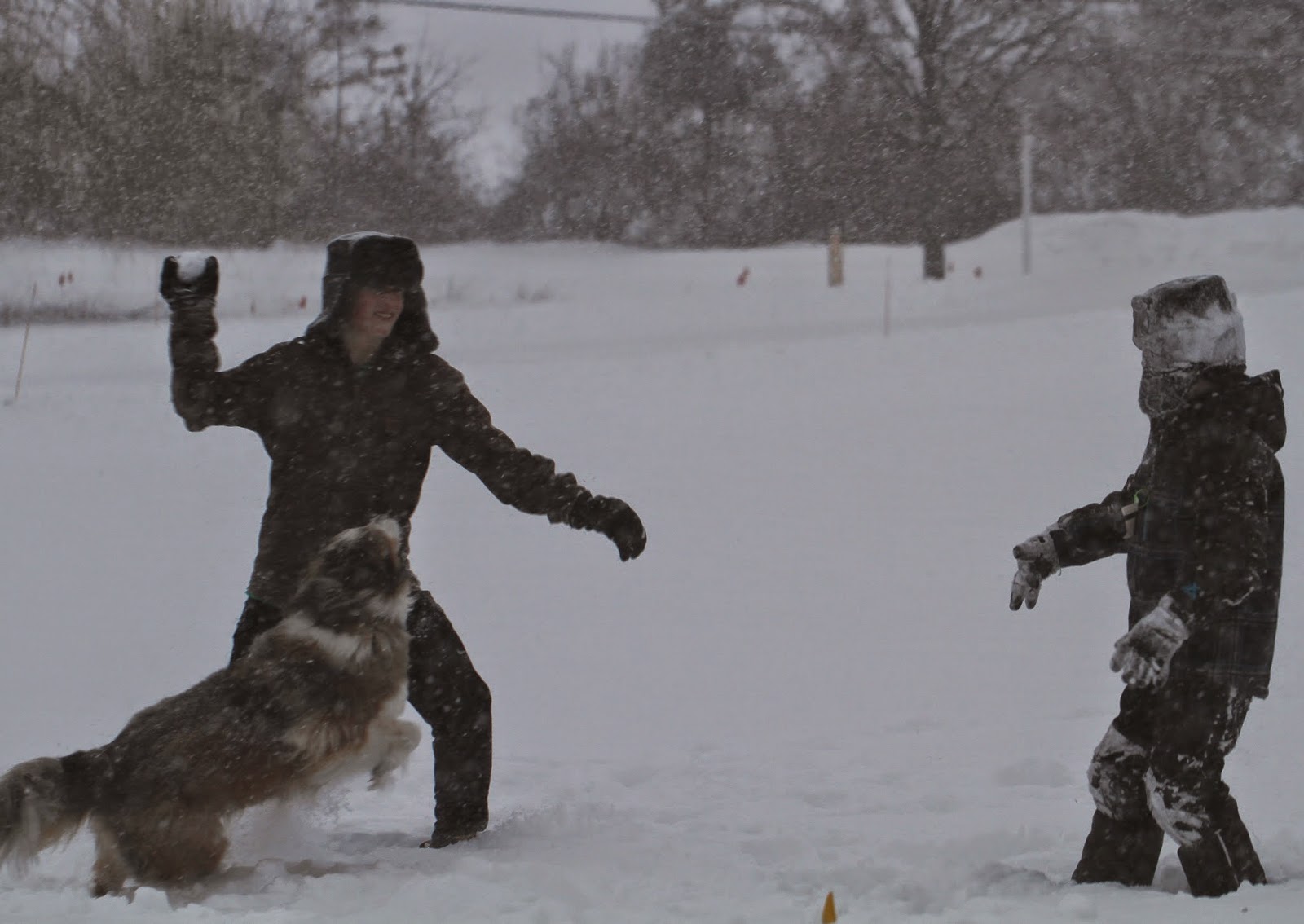 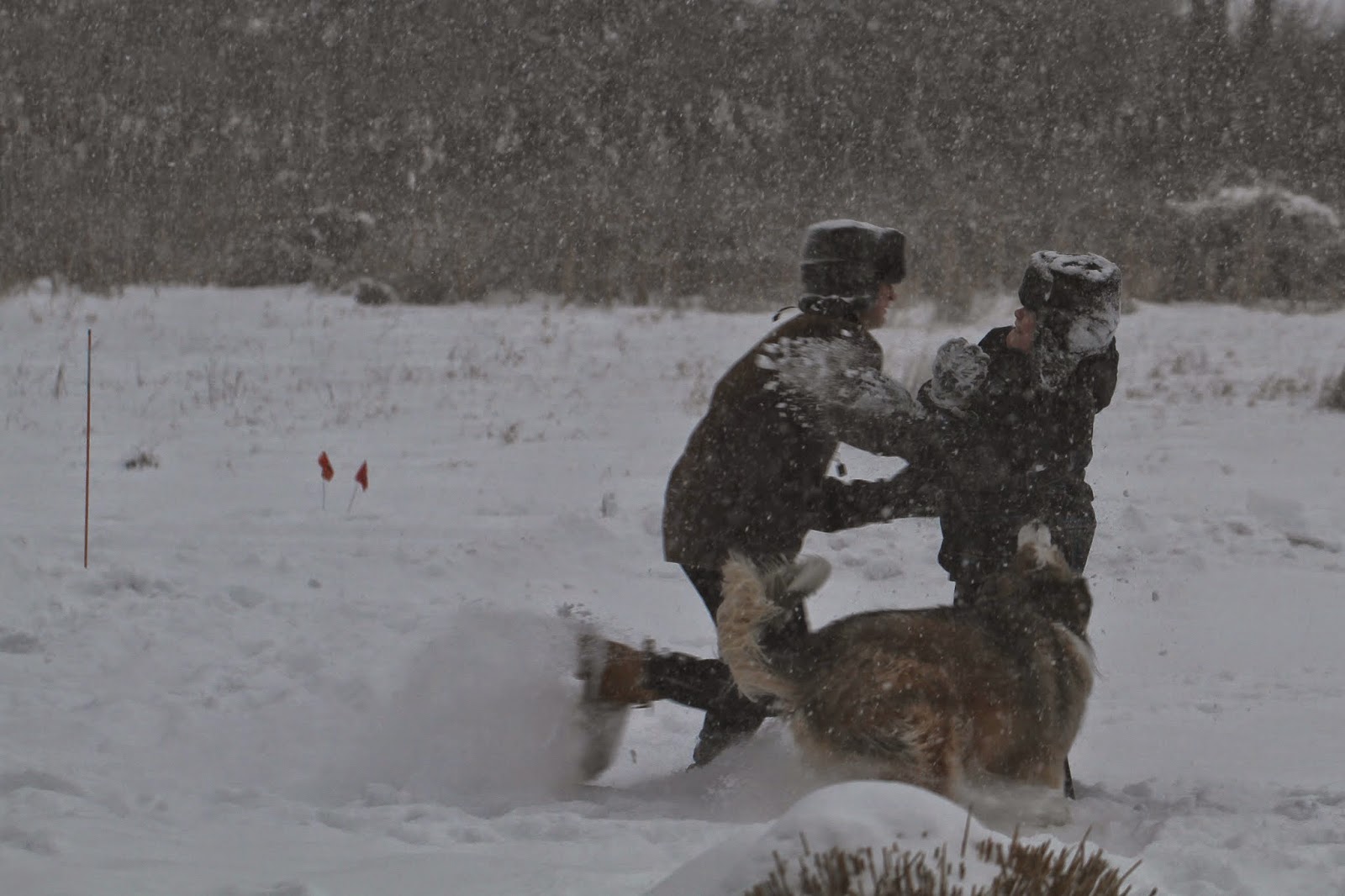 Dusty does his best to break up the aggression in true English Shepherd/police dog fashion, but he doesn't get very far beyond voicing his objections. Vociferously.

It brought to mind their snow play six years ago, when Dusty was but a pup and they were quite a bit smaller... though Secondo was still terrorizing Terzo.

Maybe best to end on a nice peaceful shot of a snowy tree. 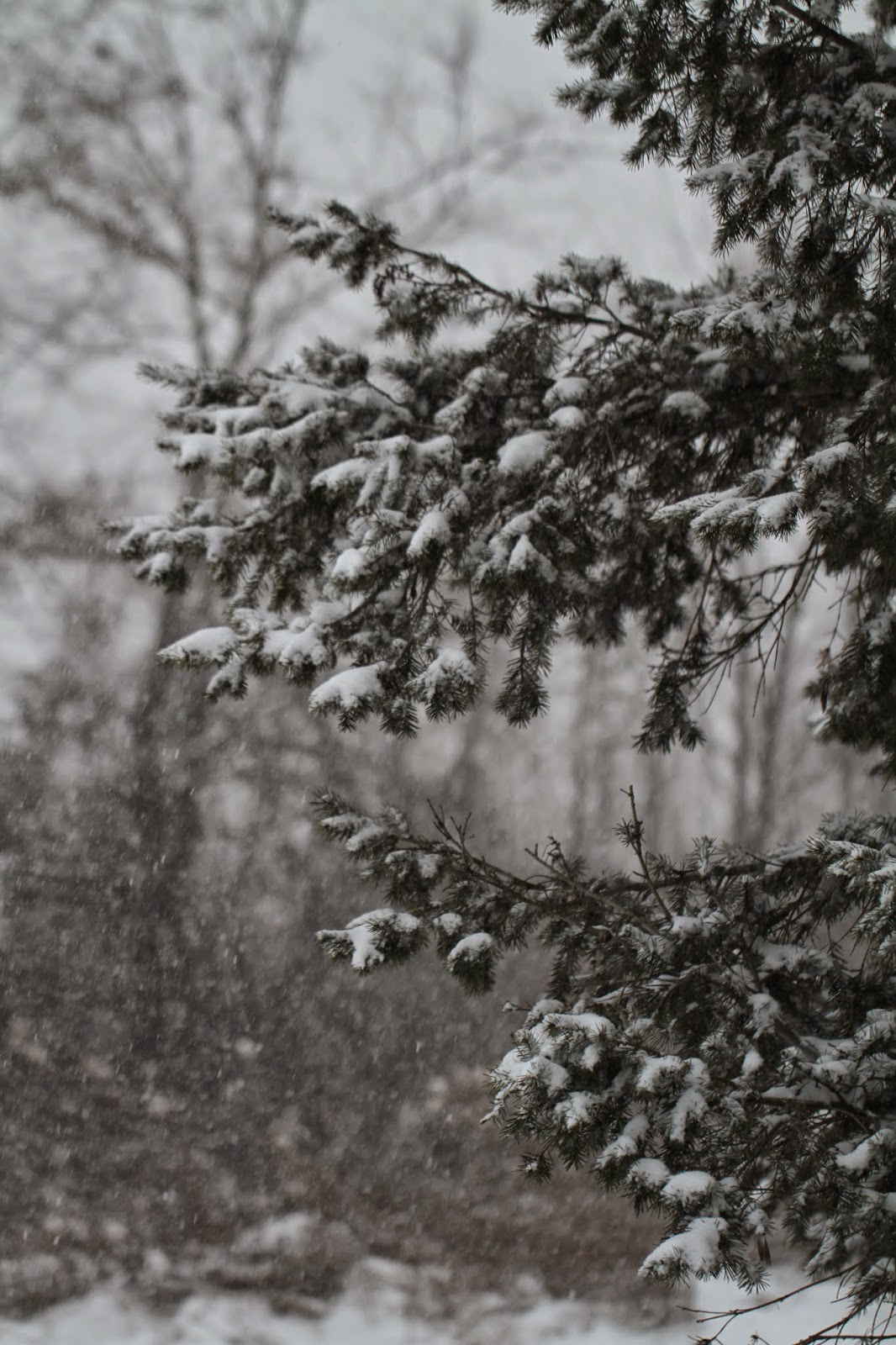